The biggest architecture prize of the year the Pritzker Prize 2011 has been declared on 28th March. Eduardo Souto de Moura, a 58 year old architect from Portugal, is the jury’s choice for the 2011 Pritzker Architecture Prize, it was announced today by Thomas J. Pritzker, chairman of The Hyatt Foundation which sponsors the prize. The formal ceremony for what has come to be known throughout the world as architecture’s highest honor will be in one of Washington, D.C.’s finest classical buildings, the Andrew W. Mellon Auditorium on June 2nd.

As a student, Souto de Moura worked for Alvaro Siza for five years. Since forming his own office in 1980, Souto de Moura has completed well over sixty projects, most in his native Portugal, but he has designs in Spain, Italy, Germany, United Kingdom and Switzerland. The projects include single family homes, a cinema, shopping centers, hotels, apartments, offices, art galleries and museums, schools, sports facilities and subways. 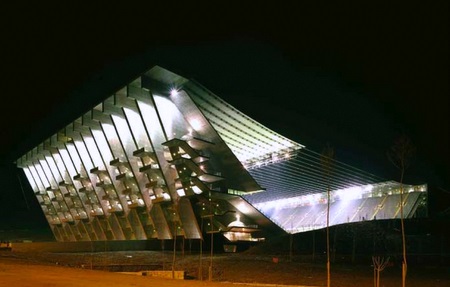 His stadium in Braga, Portugal was the site of European soccer championships when it was completed in 2004, and gained high praise. Nearly a million and a half cubic yards of granite were blasted from the site and crushed to make concrete for the stadium. Precise explosions of a mountain side created a hundred foot high granite face that terminates one end of the stadium. Souto de Moura describes this coexistence of the natural with the man made construction as good architecture. In his own words, “It was a drama to break down the mountain and make concrete from the stone.” The jury citation calls this work, “...muscular, monumental and very much at home within its powerful landscape.” 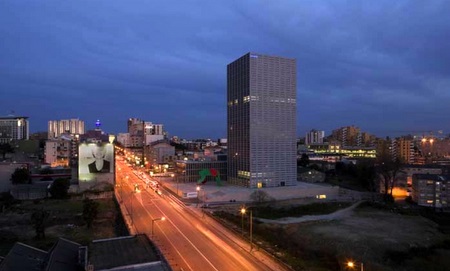 Another of his projects, the Burgo Tower, completed in 2007, constructed in the city where he lives and works, Porto, Portugal, is described by the jury as, “...two buildings side by side, one vertical and one horizontal with different scales, in dialogue with each other and the
urban landscape.” Souto de Moura commented that “a twenty story office tower is an unusual
project for me. I began my career building single family houses.”

To know more about Pritzker Architecture Prize and the laurite visit the official Pritzker website: http://www.pritzkerprize.com/

A small survey project on Dhaka's traffic is being organized this week. We need 16 volunteers to work on 4 traffic nodes in Dhaka City. 4 on each nodes. The work starts from Tuesday, March 22nd ends on Thursday, March 24th, full-time (8 hours).

Volunteers' travel cost (within Dhaka) and food will be provided.
Anyone who has academic or practical experience of urban survey is encouraged to join. Senior students in architecture, urban design, sociology is preferred.

Intense working experience and fun is guaranteed. Hop in!
Send your contact details and short description of where do you work or study within 21st March to this email address if you are interested to work:
mailATarchsociety.com 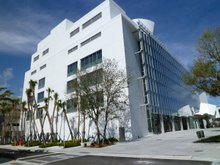 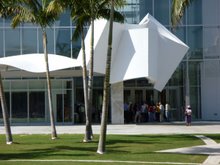 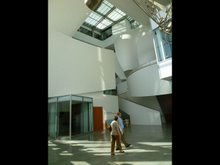 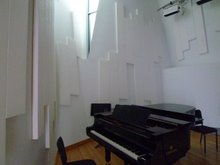 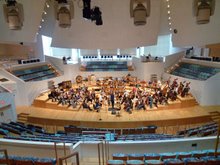 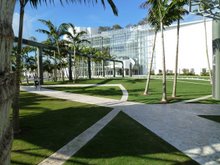 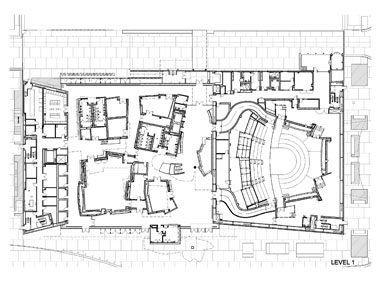 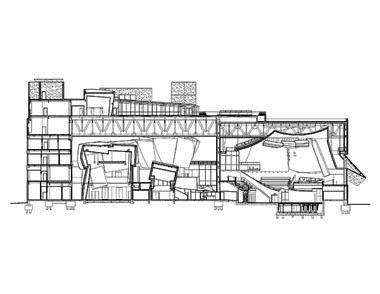 All that can be said about Gehry’s design for the New World Center in Miami is that it has nothing new to offer to a design-conscious generation. In plan, it could be an early 30’s recreational complex while externally it is dotted with random outbursts of post-modern Rhino afterthoughts, making it altogether a bizarre combination of old tricks, disappointingly applauded by critics as the designer’s attempt at restrain for context’s sake. What makes this an even more unfortunate appraisal is that Gehry’s work is precisely characterised by his disregard for constraints, placing him in the generation of icon creating rebels most of whom have, it appears already reinvented themselves for the contemporary. So while it is definitely healthy to rethink one’s approach and reinvent one’s style, it is not fair to label something ‘good’ just because it breaks a pattern.

The one thing the project is useful in doing is pointing out the idiocy of some of its critics. Witold Ribcyznski in Slate, for instance, concludes that it deals with an unusually complex set of functions. However, the Centre houses the New World Symphony accommodating spaces for musical functions- a concert hall, training and practice spaces, rehearsal rooms and the usual functions for such a complex, not unlike some of those in Aalto’s projects 50 years ago or Gehry’s earlier projects as well. The critic defends its mundane façade as a reflection of respect for Miami’s simple architecture. One assumes that he refers to the MiMo or Miami Modern style, a 50s response to post-war movements in the rest of the world, a vernacular resort typology evolved from the twenties Art Deco which is by no means the only architectural style in Miami nor the most exemplary to replicate in the 21st Century particularly by someone like Gehry.

The unnecessary formal pimples on the façade are mentioned as praiseworthy ‘creative confusion’ and drawing in light through slits in the ceiling are the creation of an ‘ethereal illumination in a sea of Escheresque forms’, as if everyone from Louis Kahn to Zaha Hadid never existed and Gehry himself is making his debut with confusing forms thrown in as excitement in a perfectly contextual superficial cage. The descriptions are bizarrely reminiscent of third year students lamely attempting to ‘explain’ their cultural centres section by section by section, until finally snubbed by a critic. If a project by a contemporary architect needs an essay describing how the functions are spatially distributed and have its lighting, contextual sensitivity and flaws excruciatingly explained and defended through the use of the oldest clichés in the book, then the end feels very near for criticism in general, and also unfortunately for Frank Gehry.